Paradise Engineering and
the Post-Darwinian Transition 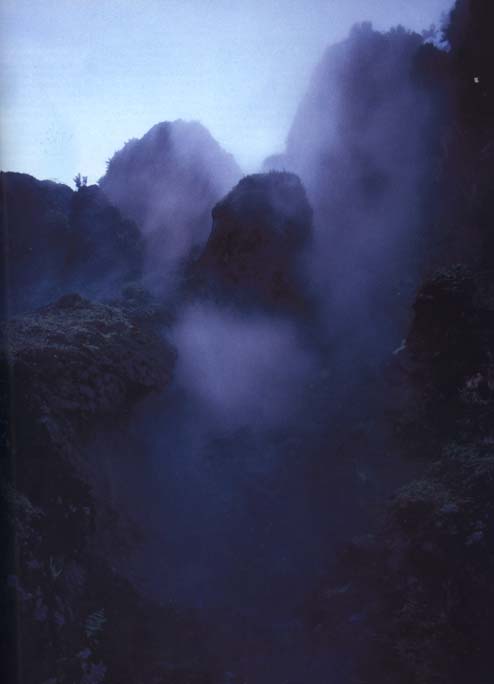 Will the world's last unpleasant experience
be a precisely dateable event ?

"...under the Darwinian regime, natural selection has been 'blind'. Complications aside, genetic mutations and meiotic shufflings are quasi-random: Nature has no capacity for foresight or contingency-planning. During the primordial era of life on earth, selfishness in the technical genetic sense has closely overlapped with selfishness in the popular sense: they are easily confused. But in the new reproductive era - where (suites of) alleles will be societally chosen and actively designed in anticipation of their likely behavioural effects - the character of fitness-enhancing traits will be radically different.

For a start, the elimination of such evolutionary relics as the ageing process will make any form of (post-)human reproduction on earth - whether sexual or clonal - a relatively rare and momentous event; it's likely designer post-human babies will be meticulously pre-planned. The notion that all reproductive decisions will be socially regulated in a post-ageing world is abhorrent to one's libertarian instincts; but if they weren't regulated, then the earth would soon simply exceed its carrying capacity - whether it is 15 billion or 150 billion. If reproduction on earth does cease to be a personal affair and becomes a (democratically accountable?) state-sanctioned choice, then a major shift in the character of typically adaptive behavioural traits will inevitably occur. Taking a crude genes' eye-view, a variant allele coding for, say, enhanced oxytocin expression, or a sub-type of serotonin receptor etc predisposing to unselfishness in the popular sense, will actually carry a higher payoff in the technical selfish sense - hugely increasing the likelihood that such alleles and their customised successors will be differentially pre-selected in preference to alleles promoting, say, anti-social behaviour.

Told like this, of course, the neurochemical story is a simplistic parody. It barely even hints at the complex biological, socio-economic and political issues at stake. Just who will take the decisions, and how? What will be the role in shaping post-human value systems of alien forms of emotion whose metabolic pathways and substrates haven't yet been disclosed to us? What kinds, if any, of inorganic organisms or non-DNA-driven states of consciousness will we want to design and implement? What will be the nature of the transitional era - when our genetic mastery of emotional mind-making is still seriously incomplete? How can we be sure unknown unknowns won't make things go wrong? True, Darwinian life may often be dreadful, but couldn't botched paradise-engineering make it even worse? Even if it couldn't, might not there be some metaphysical sense in which life in a blissful biosphere could still be morally 'wrong' - even if it strikes its inhabitants as utterly right?

Unfortunately, we will only begin to glimpse the implications of Post-Darwinism when paradise-engineering becomes a mature scientific discipline. Yet as the vertebrate genome gets rewritten, the two senses of 'selfish' will diverge - spectacularly - rather than being easily conflated. True, a tendency to quasi-psychopathic callousness to other sentient beings enhanced the inclusive fitness of our DNA in the evolutionary past. In the new reproductive era, however, such traits are potentially maladaptive. They may even disappear..."